Today I am kicking off the blog tour for Rising Star by Michele Kwasniewski. Many thanks to Michele for providing me with a copy of the book, and to Anne at Random Things Tours for inviting me to be a part of the blog tour.

In the first book in THE RISE AND FALL OF DANI TRUEHART series, RISING STAR, fifteen-year-old Dani Truehart is living a life that is not quite her own. Driven by her mother’s desire for fame and fortune, she has spent her childhood dutifully training for a career as a pop star. On the brink of discovery, doubts begin to creep into Dani’s mind as she questions her own desire for fame, and she wonders whether she can trust the motivations of the adults who are driving her forward.

Following a brilliant audition arranged by her vocal/dance coach and former ’80s pop icon Martin Fox, Dani is thrown full-force into the music industry. She leaves her friends, family and scheming mother behind to move with Martin, who has become her legal guardian, into the Malibu compound of her new manager, Jenner Redman. Jenner, the former swindling manager of Martin’s boy band, leverages what’s left of his depleted fortune to launch Dani’s career.

Isolated from her life at home and trying to stay apace with her demanding schedule, Dani struggles to keep in touch with those she loves, connect to her withholding mother and find her voice as an artist. With Martin and Jenner at odds over their rocky past and finding herself unprepared to handle the pressures of her future singing career, Dani’s debut album and future stardom are at risk of falling apart.

I read a lot of YA, but occasionally I pick one up that just makes me feel old, and Rising Star is one such book. I spent large parts of the book distracted by Dani’s age and how she seemed far too young to be thrust into the music industry, and this unfortunately prevented me from becoming completely invested in the story. That said, learning the ins and outs of the music industry was fascinating and Jenner’s Malibu compound seemed idyllic – it was easy to see how a young singer could be swept away in the excitement of it all.

Dani’s mum seemed like a total nightmare, and I really felt for Dani trying to get out from under her control, all the while hoping that her dad would stand up for her.  While both Dani’s parents infuriated me at time, I took to her sister Geena, and  dance coach Martin instantly, although throughout the book a little voice was telling me not to trust Martin – only time, and the rest of the series, will tell if that little voice was right or not. I hope it’s not because I found him to be a captivating character.

I can see younger YA readers falling under the spell of this book and actually think it could be a hugely popular teen TV show. There is so much material to work with within the music industry, and it will be interesting to see where Dani’s journey takes her. 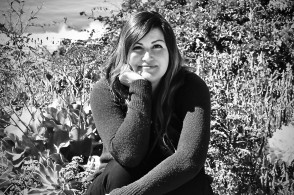 Michele Kwasniewski is an entertainment industry insider who has seen what the Hollywood machine can do to people – having worked for many years in film and television production on such films and TV shows as Primal Fear, Independence Day, Evita, Face/Off, Big Brother, and many TCL, HGTV and Discovery series including Meet the Pandas, Adoption Story, Wedding Story, and Extra Yardage.

With her book, she shares the glamour and excitement of fame as well as the hard work it takes to achieve success and the price of living in the public eye. Everyone wants to be famous, but most people have no idea what that really means. Michele has seen it firsthand.

She is an active member of the Producers Guild of America.

Make sure you visit all the blogs coming up on this tour for more on the Dani Truehart story.