I am joining the blog tour today for Maltese Steel by Stuart Field, and have the honour of sharing an extract from the book with you all. Many thanks to Stuart for allowing me to share this, and to Rachel at Rachel’s Random Resources for inviting me to be a part of the tour.

A woman is found dead on the island of Gozo. The cops say she fell from the Azure Window tourist spot, but her father thinks otherwise.

CIA Section Chief Foster needs help to prove it was murder, so he turns to the only person he knows can get the job done: John Steel.

The Hive, securely seated under the US Embassy on the island of Malta, is an operation that monitors all passage from North Africa and the Middle East into Europe and the US. A platform that requires the latest in technology and facial recognition.

In seven days, that software will be updated. In two days, all hell will break loose. And the clock is ticking for an attack on American soil.

Together with the beautiful Sammara Malk of Mossad, can Steel find out who killed Lucy – and stop whoever is behind the impending attack? 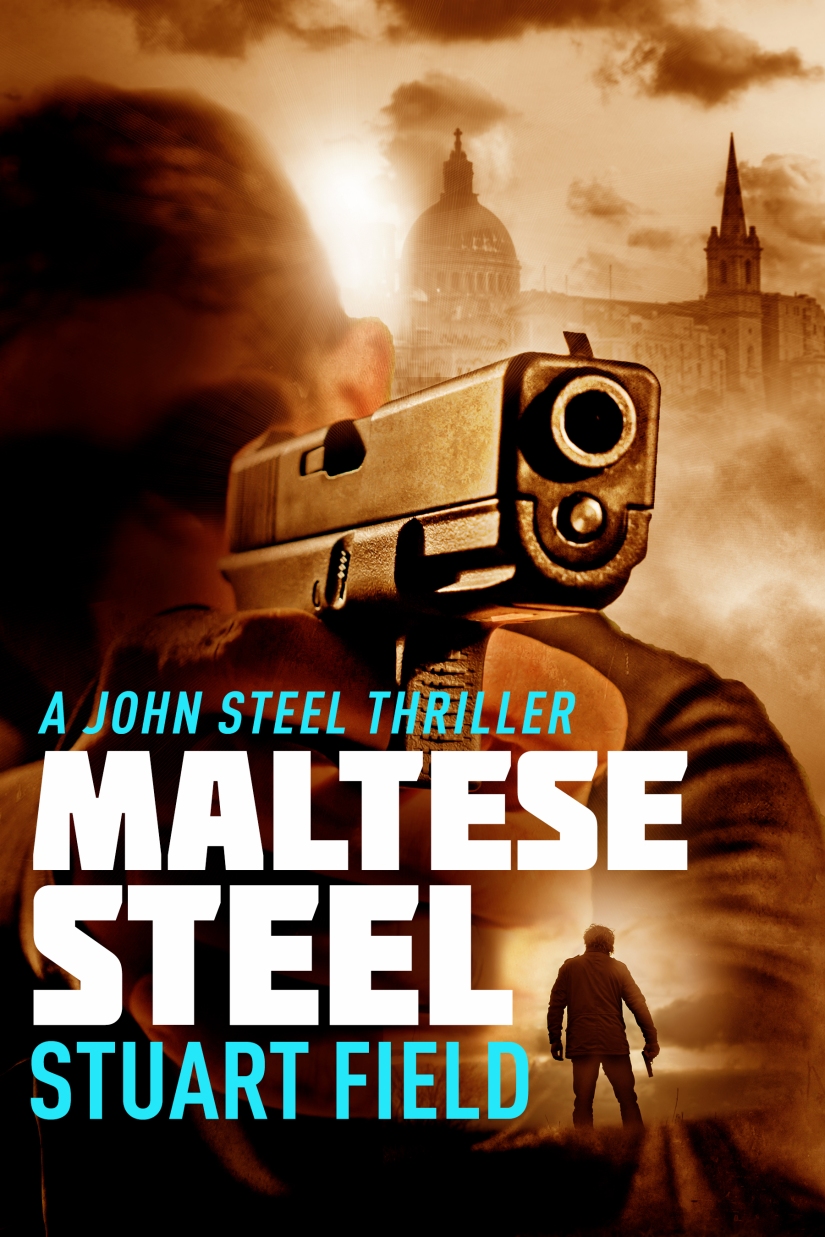 This extract is from the beginning of the book. John Steel realizes that his Mission in New York is over, and he must return to MI8 back in Britain.

John Steel had taken a cab back to his apartment. The ride was quiet and uneventful. The cabby had talked most of the way. Steel had not taken much notice and had replied with some friendly-sounding grunts. As the yellow Ford pulled up outside the address, Steel paid then climbed out onto the sidewalk. Steel watched the cab car’s taillights disappear into the mass of traffic that was moving slowly like some cumbersome beast. Steel entered the vast brick monstrosity built in the 30s – all redbrick and windows. Steel considered it had more class than the modern steel and glass buildings. It had character. Like the Cromwellian mansion he had lived in back home in England. Unfortunately, Steel was the son of an Earl since his parent’s murder years ago, which had passed to him and the family company. But Steel was not one for titles. He wasn’t a businessman. He was a soldier, an investigator, and now a cop. Steel was greeted by a doorman who tipped his cap to Steel and opened the door for him. Steel nodded a greeting and entered. He was home. Inside, the lobby was filled with a white marble floor and high arched ceilings. The reception desk was topped with black marble, and the front was polished oak. Steel walked over at the two men behind the desk, said his good mornings, and retrieved his keys. Steel had thought that taking his keys may be a bad idea if things went wrong. Luckily, his instinct had been correct, and he saved himself a hefty fine for losing them. He took the elevator up, using the time to think. Steel lived on the top floor, with a terrace view of the park and the city. As he opened the front door, the crisp conditioned air felt good against his skin. He closed his eyes for a moment and enjoyed the temperature change. He slipped off his jacket and hung it on the coat rack near the door. As he did so, his eyes scanned the open-plan loft, and he gave a comfortable smile. It was good to be home. The loft was spacious, with polished oak flooring and a mix of modern and antique furniture. The white-painted walls held various works of art but no family photographs. To the right, a staircase wound upwards to a mezzanine that was Steel’s bedroom. Behind the twisting staircase was the open-plan kitchen, which lay beneath the mezzanine. Next to the kitchen was a long corridor which contained a bathroom and several other rooms. Steel poured himself a large whisky from a drink’s cabinet in a corner near a large panoramic window, a virtual wall of glass. After the night he’d had – he needed it. Steel stood at the window and watched as a shifting orange-watercolor sky bathed everything in a dark umber. He looked down at the view of Central Park and the city. It was possibly the only time he was thankful for the family money. It gave him the freedom to do what he wanted without restrictions and also guaranteed the best rooms or seats on flights. But it was also a reminder for him. Steel had survived the attack on the family estate. His family had not. He was alone in the world. But his pain gave him purpose. Steel had gone to New York to find those responsible. An organization called SANTINI. But they had gone underground. Disappeared. But he knew he would see them again. It was just a matter of time. Steel thought about one of SANTINI’s agents – a man called Mr. Williams, who he had encountered on his first mission with the NYPD, not that the cops were aware it was a mission. Mr. Williams was – for Steel, the epitome of the term, the bad guy. He was as sadistic as they came but somehow had a sense of honor and charisma. Somehow, through their encounters against each other, they had formed strange mutual respect. Steel knew that Mr. Williams had nothing to do with his family’s murder, possibly, Williams only saving grace. Mr. Williams had also disappeared from the limelight. But Steel knew they would be back. Steel felt tired. Drained. He took a sip from the whisky and stared out across the horizon. He had been in one place too long, and it was starting to get to him. Steel sighed. He loved the city and working with the team. But it wasn’t him. This wasn’t his life. It was a mission that had gone on for too long. Steel walked towards the kitchen to switch on the coffee machine. The machine gave an electronic whir before it began processing the mix of coffee grinds and hot water. It would take ten minutes before the brew would be ready – time enough for him to shower and freshen up. It was five in the morning. Steel knew he had a couple of hours before he had to be back at the precinct. The truth was, Brant would be happy if he did not show, and as it was, Steel did not feel much like going in anyway. He had risked his neck again and not gotten so much as a thank you for it. Sure, Steel wasn’t a glory hound. He did not care if that asshole Addams got the credit for it. But, all he had gotten was shit for it. And that was beginning to wear thin.

Stuart Field is a veteran who now works in security after serving twenty-two years in the British Army. As well as working full time he writes in his spare time. Stuart was born and raised in the West Midlands in the UK. His love for travel has been an inspiration in some of his work with his John Steel thriller series. As well as future John Steel novels, Stuart is working on a new series and standalone novels.

Don’t forget to have a look at the other blogs on the tour to read more about Maltese Steel. 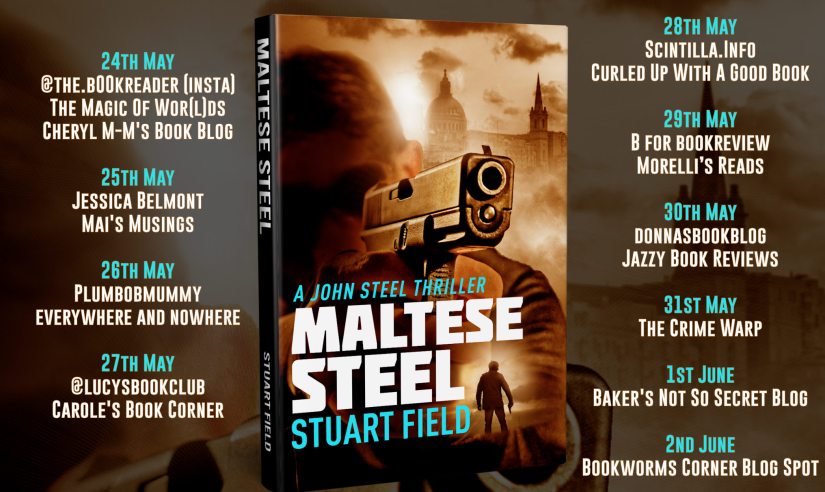