First Second Coming, the debut fantasy/supernatural/romance/suspense novel by Jeff Pollak, was released on 1st August. Prior to it’s release, I sat down for a virtual chat with Jeff, and I am delighted to be able to share this with you all today. Let’s jump straight in, and then I will share all the important information about the book with you all.

What was the inspiration behind First Second Comings?

When 9/11 occurred, I watched the World Trade Tower collapse just as everyone else did. Of course, I was horrified by the spectacle. Perhaps more so than others, because I had connections to that building. Born and raised in New York City, I’d been in the building a few times as a child. In my adult years, my law firm would hold annual seminars in the Top of the Tower conference centre every May, to update our New York/New Jersey corporate clients about California law and important appellate decisions. As a partner in the firm I’d function as a speaker, a panelist, or just a meet-and-greet guy. I had some clients in the building and gotten to know some of the conference centre’s staff. So the collapse was very hard to watch – some people I knew in that building didn’t survive, I later learned. That day a random thought came to me, that this planet really needs a new god, someone who is a planetary turnaround specialist. Some fourteen years later, when I’d decided to spend my future retirement writing fiction, the concept of a character who is a planetary turnaround deity came back to me as the seed of a story. I developed it and First Second Coming is the result.

What are your favourite books as a reader?

Which authors inspire you as a writer? Is there a particular author who it would make your day to be compared to?

At the moment the authors who inspire me the most are, in no particular order, Iain Pears, David Mitchell, Haruki Murakami and Daniel Silva. The first Pears book I read, An Instance of the Fingerpost, is told from the point of view of four different individuals. Each POV character narrates the same events entirely differently, leaving the reader amazed that the story  comes together. Pears is a master at that sort of intricate plotting and character development. As for Mitchell, the man’s off the charts as a writer. Incredible talent. I don’t read his books, I savor every sentence in them, especially The Bone Clocks. As for Murakami, I started with 1Q84 and it was a revelation. Something different in its Japanese setting, in the richness of the details of both the real world and the alternative world he creates, and in the uniqueness of the story. Finally, Silva – he writes espionage thrillers along the lines of LeCarre or Follett. Silva’s ongoing series of about twenty books now all involve Israeli Mossad spy Gabriel Allon. Silva’s books are a bit formulaic, but he often incorporates real world events into the story and he has a conciseness to his writing style that I try to emulate in my writing. At this point in my development as a writer, being compared to Silva would probably make my day as I’m not yet at the “master writer” level of a Pears, Mitchell or Murakami. I aspire to get that good, though.

What did you learn over the course of writing First Second Comings that you wish you had known before you started?

Good question. I was learning the craft while I wrote, so I suppose the short answer is “everything.” I attended writers conferences, participated in critique groups, did online courses and researched answers to the “how to” things that came up. If there’s one thing that stands out that I didn’t learn but instead experienced, it’s getting so close to your characters that they actually talk to you unbidden (in your head) while you write. The first time my female main character, Brendali Santamaria, started talking to me I pretty much freaked out. I wasn’t expecting that and didn’t know this is a fairly common occurrence in the writing world. She’d tell me what was actually going on in the story, as differentiated from what my outline said was happening. I enjoyed hearing from her before long. Her romance with Ram Forrester, for example, wasn’t something I had planned to include in the story – but it happened and is now a major piece of First Second Coming. 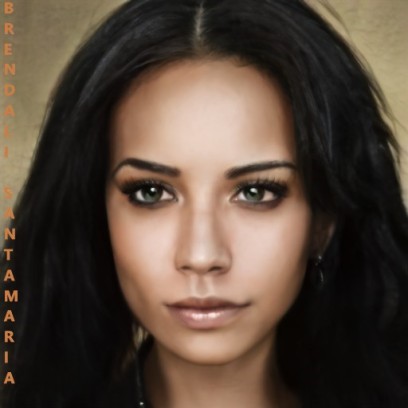 Do you have a regular writing routine? If you do, what does it look like?

I do now, yes, but while writing most of First Second Coming I’d write as time allowed, around my work and family obligations. Now, as a retiree and empty-nester, I have plenty of free time. I do most of my work in the morning, from about 5:30 to 11:30, taking breaks for exercise and to get showered and dressed. In the afternoons I’ll hike for an hour or so, do any errands or chores that need doing, and write or edit as time permits. I don’t write in the evening, leaving that time for reading or other leisurely pursuits.

Do you have a plan in mind for your next book?

I’ve begun writing the second book in the “New God” series, or to put it another way, the sequel to First Second Coming. I’m also doing research for it and writing a novel that will be a spin-off from the series but not part of it. All those things – the two novels and the research – are in the start-up stages. I hope to have a first draft done on at least one of the two novels by year end.

Thanks so much Jeff, for taking the time to talk to me. Now, onto the all important blurb!

In 2027 the deity known as NTG – short for New Testament God – retires after more than two thousand years of minding the store for his employer, Milky Way Galaxy, Inc. The new god, a planetary turnaround specialist, must decide whether the Earth’s dominant species should or should  not be included in his plan to bring the planet back into full compliance with Milky Way Galaxy, Inc.’s planetary operation standards.

Earth’s new God introduces himself to humanity by unexpectedly appearing on the Ram Forrester Hour talk show. Ram, an atheist, and co-host Brendali Santamaris, a devout Catholic, are stunned. God’s interview, beamed worldwide, shocks and infuriates viewers. They learn that a sixty-day conference will take place in Los Angeles to determine whether humans are capable of helping him implement his planetary turnaround plan. All that those in attendance must do to assure that mankind earns a coveted spot in this God’s good graces is eliminate religious violence forever, without his heavenly help, before the conference ends. Failure means extinction.

God designates Ram and Bren as the conference’s only authorized media reporters. This assignment, fraught with peril, ignites their romance. Not only must the harried couple attend the conference meetings by day and do their show at night, they must also outwit a group of religious fanatics bent on killing them. When conflicts with the conference intensify, it’s up to Ram and Bren to do whatever it takes to protect their budding romance and assure mankind’s survival. 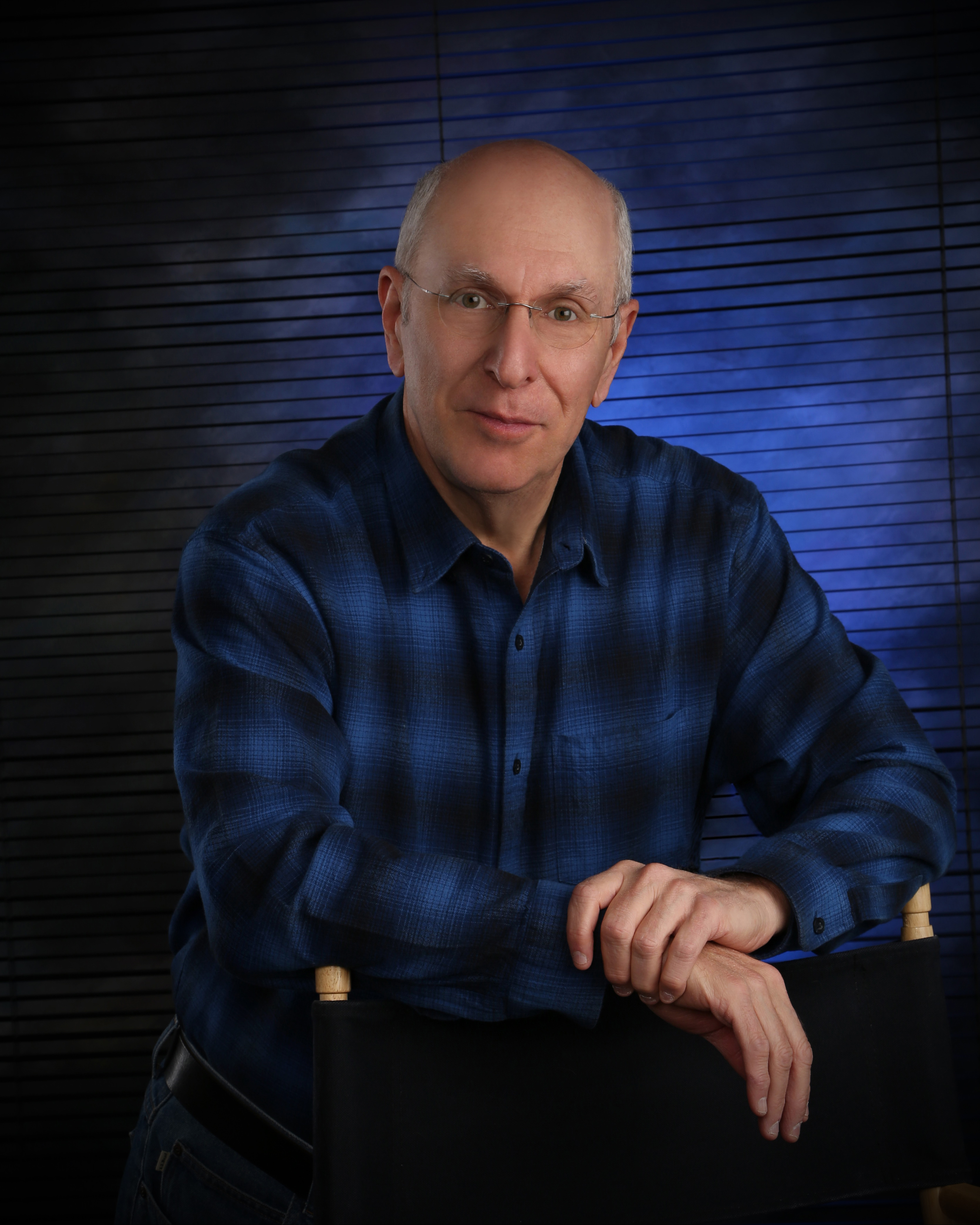 Jeff Pollak, the author of First Second Coming and sequels to come, was raised in the Riverdale section of the Bronx by a single mom and two grandparents who lived eight floors up. After graduating from college in Buffalo, Jeff headed west to Los Angeles for law school and spent his entire legal career in and around civil litigation. Now retired, writing fiction is Jeff’s new passion.

Thanks again Jeff, for taking the time to talk to me. I think this sounds like a fascinating book and I am very much looking forward to reading it.