Today finds me joining the blog tour for the YA mystery novel, Are You Watching, by Ralph Vincent. Many thanks to Ralph, Penguin Random House UK, and to Anne Cater at Random Things Blog Tours, for inviting me to take part in the tour, and for providing me with a copy of the book.

A page-turning new YA thriller for the social media age, perfect for fans of A Good Girl’s Guide to Murder and One Of Us Is Lying.

Ten years ago, Jess’s mother was murdered by the Magpie Man.

She was the first of his victims but not the last.

Now Jess is the star of a YouTube reality series and she’s using it to catch the killer once and for all.

The whole world is watching her every move.

And so is the Magpie Man. Being a fan of One of Us is Lying by Karen M. McManus, when I saw the comparison between that book and this one, I jumped at the chance to take part in this blog tour, and I wasn’t disappointed.

In the Q&A at the back of the book Vincent Ralph says that he views each chapter of a book as a scene from a film, and this is something that definitely comes through in his writing style. Each chapter is short and snappy, creating a fast pace and a real feeling of tension. Of course it does also make it easy to fall into the, “Just one more chapter,” trap and before you know it, it is three o clock in the morning and you have finished the book. I know chapter length is something that readers have varying opinions on, and whilst I don’t really have a personal preference, I am aware that some people are not fans of the very short chapter. However, I would encourage these people to pick up Are You Watching? and give it a try, because, in my opinion, this style works perfectly for this book. Rooted as the story is in social media, the short, sharp chapters put me in mind of the posts you see on social media, and it reads almost as a stream of consciousness, or a Twitter thread, rather than a carefully thought out story.

Aside from the, “Just one more chapter,” issue, this book kept me reading into the wee small hours partly because I couldn’t wait to find out what was going to happen next, but also partly because I started reading it at night and managed to freak myself out with thoughts of someone watching me, much as Jess’s YouTube viewers were watching her. Just the thought that her mother’s killer could be watching her every move really got under my skin.

As much as the thriller elements, the mystery, the intrigue, in this book kept me reading, it was the underlying story that really hooked me in. Yes, I wanted to know who the killer was and if Jess’s plan to catch him worked, but what will stay with me is the raw emotion of a family torn apart by grief and a young girl struggling to cope with the loss of a mother she never had the chance to really know. From the blurb, I didn’t expect a book that would be so heartbreaking and poignant, and it really touched me. I will be watching for what comes next from Ralph Vincent, that is for sure. 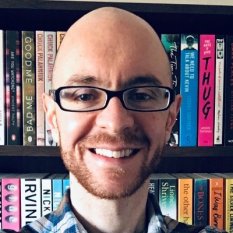 Vincent Ralph has been writing in one form or another since his teens and always dreamed of being a novelist. He owes his love of books to his mother, who encouraged his imagination from an early age and made sure there were new stories to read.

Vincent has lived in London, Cornwall and Chester but he now lives in his home county of Kent with his wife, son and two cats.

Don’t forget to pay a visit to the other blogs taking part in the tour to find out more about this book. 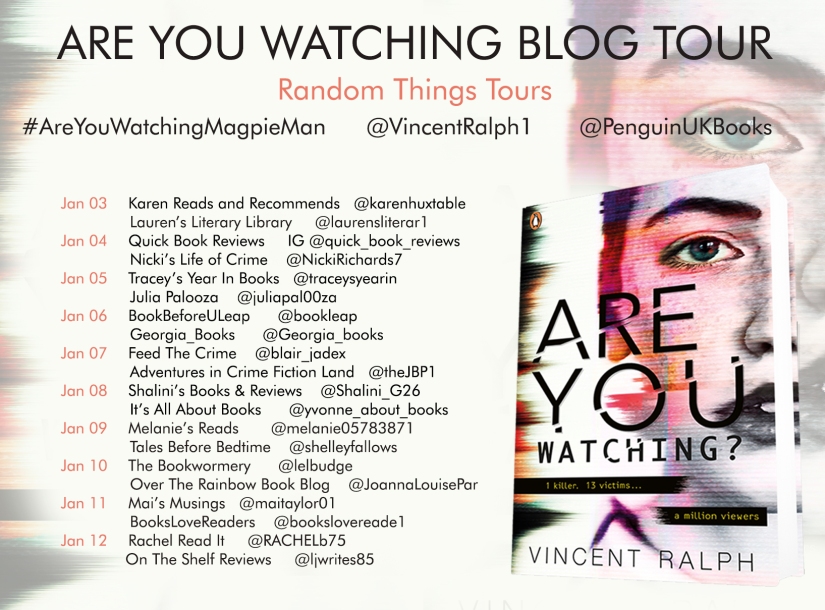 1 thought on “Are You Watching – Ralph Vincent”