Come with me on a journey back through time and out of your comfort zone today with The Oath by Michael L. Lewis. Many thanks to Michael, and to Rachel at Rachel’s Random Resources, for inviting me to be a part of this blog tour, and for providing me with a copy of the book.

1955. The polished veneer of a boys’ boarding school in Northern England masks a cadre of wickedness. Seniors viciously torment any junior they deem unfit. Jonathan Simon, in his first term is warned that there are three monsters in his dorm; seniors Flicker, Sleeth and Tunk, and that the code of conduct mandates no snitching.

Simon befriends two other juniors; pixie-faced Ian Gracey and witty, grossly overweight Arthur Crown. During a cross-country run, the three friends take a short cut and stumble into the cadet rifle range. Corps Sergeant Sleeth puts them through a degrading punishment using human excrement. The three juniors swear a blood oath never to allow another bully to abuse them.

Will this oath be their downfall, or will they make it through the school year? Snitching could have serious consequences but keeping silent will break their blood oath.

As Simon, Gracey and Crown try to survive this perilous journey, the constant threat of harm brings their friendship ever closer… 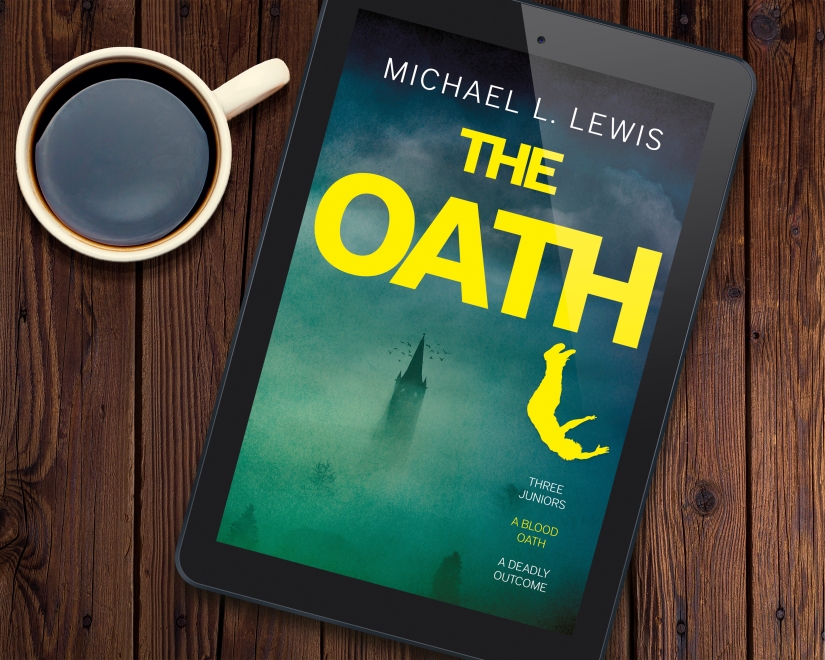 I find it difficult to put into words my feelings around The Oath. As I said at the start, it is a book that will take you so far out of your comfort zone that to say I enjoyed it seems to undermine the content of the book. The subject matter makes “enjoy” feel like the wrong word, but at the same time it was so utterly compelling that I found it increasingly hard to step away from. It was all-consuming and re-entering the real word for life’s essentials, such as food, felt quite jarring.

As I started to read this book, I was picturing scenes from Dead Poet’s Society, with the beautiful, elegant boys school set in stunning grounds, but the experiences of new arrivals, Simon, Crown, and Gracey, at the elite Blackleigh School, couldn’t have been more different to the welcome that Todd Anderson received on his arrival at Welton Academy.

The behaviour displayed by the older students towards the juniors was shocking not only in it’s brutality, but also in the code of silence that came with it, where “snitching” was considered the worst possible offence a boy could commit. Throughout the book I tried to tell myself that it was just fiction and that boarding school couldn’t possibly be this bad, but at the same time it was written with such passion that it made me wonder just how big an element of truth there was in it.

Watching how the characters develop as they deal with life at Blackleigh and the constant threat of punishment for the slightest wrongdoing was fascinating, not just from the perspective of the boys undergoing the treatment, but also from those dishing it out. The ripples from one particularly harrowing event changed one or two of the boys in ways that I never imagined were possible, whilst others proved that they were just as evil as I had suspected.

Although this is not a book for the faint hearted, it is certainly one that will stay with me for some time, and one that I would wholeheartedly recommend. 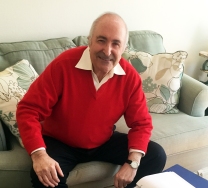 Michael L. Lewis was born and raised in England. After preparatory school in London, he was educated at Stowe School, Buckingham. Michael now lives in Los Angeles, California, has a law degree, and writes full-time. He was on the Board of Trustees for several schools and has been a member of the same book club for twenty-five years.

Win 3 x Paperback copies of The Oath by Michael L. Lewis (UK Only)

*Terms and Conditions –UK entries welcome.  Please enter using the Rafflecopter link below.  The winner will be selected at random via Rafflecopter from all valid entries and will be notified by Twitter and/or email. If no response is received within 7 days then Rachel’s Random Resources reserves the right to select an alternative winner. Open to all entrants aged 18 or over.  Any personal data given as part of the competition entry is used for this purpose only and will not be shared with third parties, with the exception of the winners’ information. This will passed to the giveaway organiser and used only for fulfilment of the prize, after which time Rachel’s Random Resources will delete the data.  I am not responsible for despatch or delivery of the prize.

Don’t forget to pay a visit to the other blogs taking part in the tour.