I can’t believe it is February already! Where is this year going? As I sit here hugging the radiator and watching the snow fall outside the window, I realised it was time to update you on the book jar experiment. The start of the year is quite full of blog tour reads for me, but I did manage to fit in three books from the jar, and they were all great choices!

First out of the jar was Agatha Christie’s “And Then There Were None.” Now, you might find this hard to believe, but this is the very first book by Agatha Christie that I have ever read. You will probably be less surprised to learn that the reason I chose this particular Christie book largely because of the delicious Aidan Turner’s appearance in the TV adaptation. There’s not a lot I can say about the queen of crime fiction that hasn’t already been said. Suffice to say, I absolutely loved this book, and even though I knew what was going to happen, I was still completed sucked into to the tension felt by the characters. I will definitely be stocking up on more of her books to read in the very near future. 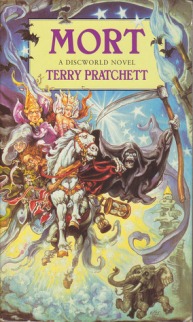 Next up, possibly a book that is as different as it is possible to be from Agatha Christie, although the author is just as much of a legend – “Mort” by Terry Pratchett. I love the Discworld books and used to read them all the time, but Mort was actually the first one I had read in a while, and it made me remember just how brilliant they are. It probably helped that Mort features my absolute favourite Discworld character, Death, although the Death of Rats (SQUEAK) was sadly not present. Terry Pratchett is a master craftsman and wordsmith, and the mind-boggling fuzzy logic that always runs through his books had me laughing out loud! The only problem is, I know that I have more of the Discworld books somewhere in the jar, and I am having trouble resisting the urge to dig them out! 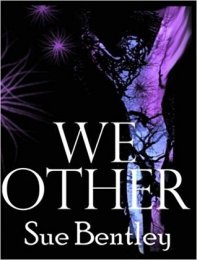 Last out of the jar was a book that I am been meaning to read since it was recommended to me by my brilliant friend, Kate Kenzie. She knows exactly what my reading tastes are, so when she recommended “We Other” by Sue Bentley, I was confident that I would love it. I certainly wasn’t disappointed! I have a love of all things faery related, and my own current writing attempt is deeply rooted in the faery realms. However, I have been disappointed by some books of this nature in the past that just haven’t quite delivered. Thankfully, “We Other” delivers by the bucket-load! Sue Bentley’s writing is dark and atmospheric, and a hint of menace drips through it. These are most definitely not the faeries of the Disney or Flower Fairy variety. They are cruel, and unpredictable, and filled with a dark malevolence. The descriptions in the book are so vivid that I became totally immersed in what I was reading, and could picture the settings as clearly as the back of my own hand. If my own book is even half as good as this, I will be a happy lady.

If you want to know more about any of these books, the Goodreads links are here:-

And Then There Were None

After such an amazing start to my reading year, I am excited to discover what the book jar will throw out to me for February! Watch this space!