It’s time for a spot of YA Supernatural reading today, with Awakening the Trinity by Brittany Elise.

In the seventeenth-century, an all-powerful witch called Rionach the Dark ruled the Celtic nations with an army of enslaved werewolves. In order to restore balance between Light and Dark, the Trinity of Light was summoned to vanquish the Dark Witch and end the Battle of the Dark Ages.

Seventeen-year-old Quinn Callaghan lives in the small, rustic town of Silver Mountain. Its location may be rural, but it is home to an ancient pine forest that surrounds a supernatural hotspot–a nexus of raw and powerful energy.

When a charismatic witch from Ireland, and a mysterious guy with a secret of his own are drawn to the area, Quinn finds out that she inherited her rare abilities from a revered ancestor. Could it be that she shares a bloodline with the Original Trinity? Nearly 300 years later, the Darkness is returning to Silver Mountain, and the Trinity must stop it. 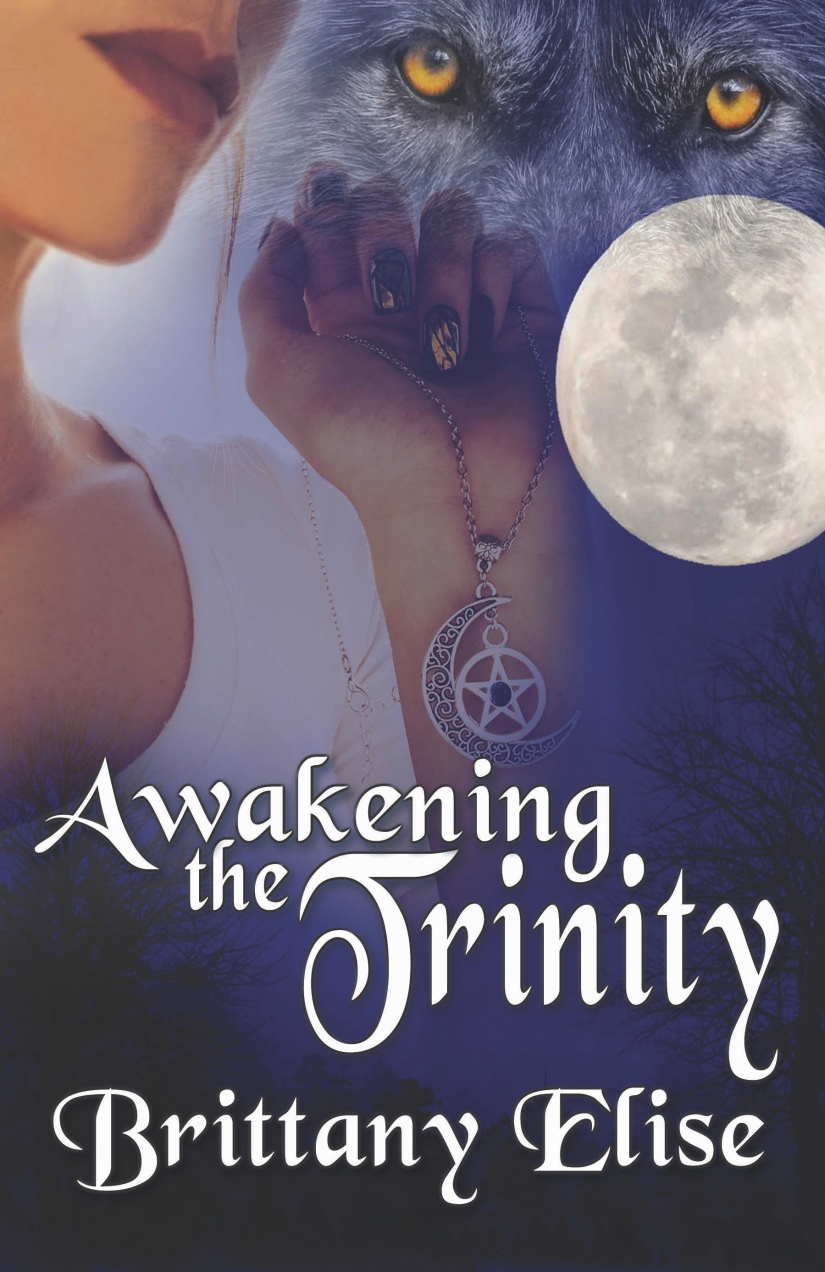 It’s been a while since I picked up a book by an author whose work I haven’t read before and have been completely sucked in from the first page. It is a book that I wished I could have sat and read in one sitting, but I had foolishly started reading it at 10:00 at night, and sleep eventually won the battle, and forced me to stop reading and pick it up again the following evening.

At first, there was something about Awakening the Trinity that felt a little Twilight-esque (not a bad thing, I loved those books), nothing too serious or taxing. However, it quickly became apparent that this is a book that goes to much deeper, darker places than Stephenie Meyer’s series.

I loved the entire cast of characters, and felt that I really would have loved to have been a part of their gang (which is laughable really, because a cross-country runner I am not!).  I liked getting to know the supporting characters just as much as the main charactes, and finding that they were equally well developed. Turning to the major players, I adored fierce, fearlessly loyal Annabel, and who could resist the charms of Wren Whelan!

It’s difficult to say too much more without giving away the secrets of the book, and I would hate to spoil it for anyone. Suffice to say, this is a book that seriously got under my skin, and I found I was thinking about it and pondering what was going to happen next even when I wasn’t reading it. The only question I have is, how long am I going to have to wait for the next book????

My love for writing began at a very young age–way before I could even type on a keyboard. I was always writing short stories and poems with a fan club of one (my mom.) I never stopped writing, but I don’t think I believed in myself enough to actually pursue it as a career. When I enrolled in college, I took as many creative writing classes as they offered, and ended up graduating with a degree in photography and minoring in English. I enjoy art in all its forms, but writing has always been my first love. Even when I was pursuing other careers, writing was always my go-to comfort. I later became an animal obedience instructor and met a children’s author through my dog training. She helped me get my foot through the door, so to speak, and I haven’t turned back since. During the day, I manage an FBO at my local hometown airport, and by night, I dive into my writing with my husband and my four-legged children by my side.

Many thanks to Brittany, and to Rachel at Rachel’s Random Resources for inviting me to take part in this blog tour and for providing me with a copy of the book. Don’t forget to have a wander over to the other blogs taking part.