I am thrilled to be taking party today in the birthday blitz for Three Bloody Pieces by Elizabeth Davies. If you haven’t come across this book yet, here’s what it’s all about.

A dead king, a queen who is more than she seems, and a witch who uses the dark arts to entrap her.

Queen, widow, beggar – Lady Caitlyn is all three, and now she can add murderer to the list.

When death and treachery propel her south to Normandy, to seek sanctuary with the exiled Prince Alfred, visions of a woman with ancient eyes travel with her.

Herleva is a woman filled with ambition and greed. A woman who intends to be more than a commoner. A woman who gets what she wants by whatever means possible, even if she has to practice the dark arts to achieve her goals.

A woman who is a witch.

Caitlyn finds herself caught up in a magic which changes her very being. A magic which produces a king to change the lives of every man, woman, and child in England.

If that sounds good to you, here are the purchase links:

This is a book designed to grab your attention right from the start. The author launches straight into the action without preamble, adding in backstory as she goes. With a basis in fact, and including some names that the historians among you will find familiar, we follow Caitlyn as she flees Wales for Normandy.

As she makes her escape she is haunted by visions and uncovers an intricate web of plotting and betrayal. Not knowing who to trust she finds herself caught up in the blackest of magic.

The author’s research into the practices of witchcraft in the period in which the book is set, shines through in the unsettling detail given to Herleva’s spell casting and scrying. The attention to detail to the social conformities, and the plots to achieve greater powers and territories all add a sense of unease to the story.

I am looking forward to reading and reviewing the rest of the series a little later in the year.

Elizabeth Davies is a paranormal author, whose books have a romantic flavour with more than a hint of suspense. And death. There’s usually death… 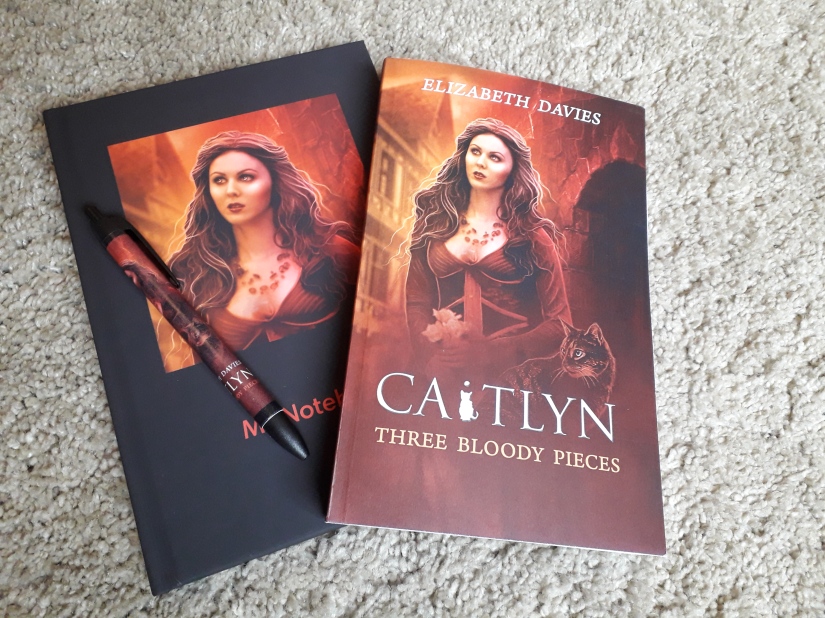 *Terms and Conditions –Worldwide entries welcome. Please enter using the Rafflecopter link below. The winner will be selected at random via Rafflecopter from all valid entries and will be notified by Twitter and/or email. If no response is received within 7 days then I reserve the right to select an alternative winner. Open to all entrants aged 18 or over. Any personal data given as part of the competition entry is used for this purpose only and will not be shared with third parties, with the exception of the winners’ information. This will passed to the giveaway organiser and used only for fulfilment of the prize, after which time I will delete the data. I am not responsible for despatch or delivery of the prize.

Many thanks to Elizabeth and to Rachel’s Random Resources for inviting me on this tour, and for providing me with a copy of this book. Keep your eyes peeled for more news from Elizabeth coming later in the year.