Today I am thrilled to be taking part in the Blog Blitz for Bernadette Giacomazzo’s dystopian novel, The Gathering, the first book in The Uprising Series. Thank you so much to Rachel Gilbey at Rachel’s Random Resource for inviting me, and for providing me with a copy of the book.

The Uprising Series tells the story of three freedom fighters and their friends in high — and low — places that come together to overthrow a vainglorious Emperor and his militaristic Cabal to restore the city, and the way of life, they once knew and loved. In The Gathering, Jamie Ryan has defected from the Cabal and has joined his former brothers-in-arms — Basile Perrinault and Kanoa Shinomura — to form a collective known as The Uprising. When an explosion leads to him crossing paths with Evanora Cunningham — a product of Jamie’s past — he discovers that The Uprising is bigger, and more important, than he thought.

What starts as one young man’s tale of drugs and debauchery as he travels around America with his rock band gets very dark very quickly. As the story jumps between “old” New York and “new” New York, you realise that the nights of wild parties in the Bowery have been replaced by martial law and severe punishment of anyone of a creative nature. US democracy has been replaced by an empirical dictatorship and harsh treatment of anyone who doesn’t fit the ideal mould.

Told from multiple points of view, you gain an insight of how people from very different walks of life react to the new world order, and uncover hints that the Emperor’s rule is perhaps not as secure as he thinks.

I have read dystopian fiction before, but this book actually felt scarily real, and it did not seem out of the way that this world could be ours before very long. There are clear comparisons between the Emperor and another current head of state who shall remain nameless, and I think this added to feeling of unease that this book gave me. If any book is designed to make you think about how we treat our fellow man, and what we are prepared to turn a blind eye to, then this is it. A very thought-provoking read indeed.

If you are tempted to try it out for yourself, here are the all important purchase links: 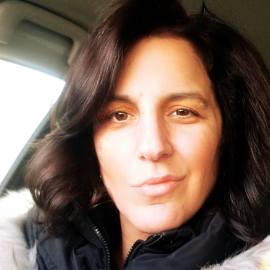 With an impressive list of credentials earned over the course of two decades, Bernadette R. Giacomazzo is a multi-hyphenate in the truest sense of the word: an editor, writer, photographer, publicist, and digital marketing specialist who has demonstrated an uncanny ability to thrive in each industry with equal aplomb. Her work has been featured in Teen Vogue, People, Us Weekly, The Los Angeles Times, The New York Post, and many, many more. She served as the news editor of Go! NYC Magazine for nearly a decade, the executive editor of LatinTRENDS Magazine for five years, the eye candy editor of XXL Magazine for two years, and the editor-at-large at iOne/Zona de Sabor for two years. As a publicist, she has worked with the likes of Curtis “50 Cent” Jackson and his G-Unit record label, rapper Kool G. Rap, and various photographers, artists, and models. As a digital marketing specialist, Bernadette is Google Adwords certified, has an advanced knowledge of SEO, PPC, link-building, and other digital marketing techniques, and has worked for a variety of clients in the legal, medical, and real estate industries.

Based in New York City, Bernadette is the co-author of Swimming with Sharks: A Real World, How-To Guide to Success (and Failure) in the Business of Music (for the 21st Century), and the author of the forthcoming dystopian fiction series, The Uprising. She also contributed a story to the upcoming Beyonce Knowles tribute anthology, The King Bey Bible, which will be available in bookstores nationwide in the summer of 2018.

Win a paperback copy of The Gathering (Open Internationally) 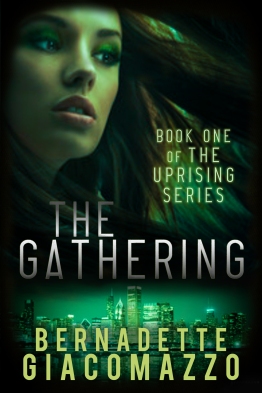 *Terms and Conditions –Worldwide entries welcome. Winner will be asked if they prefer a paperback or a digital copy.  Please enter using the Rafflecopter link below.  The winner will be selected at random via Rafflecopter from all valid entries and will be notified by Twitter and/or email. If no response is received within 7 days then I reserve the right to select an alternative winner. Open to all entrants aged 18 or over.  Any personal data given as part of the competition entry is used for this purpose only and will not be shared with third parties, with the exception of the winners’ information. This will passed to the giveaway organiser and used only for fulfilment of the prize, after which time I will delete the data.  I am not responsible for despatch or delivery of the prize.